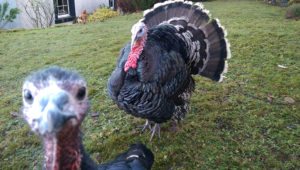 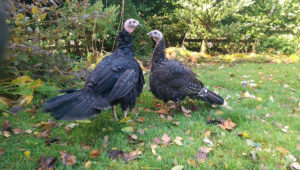 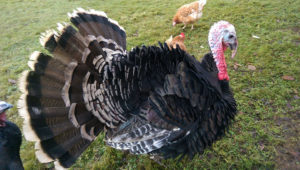 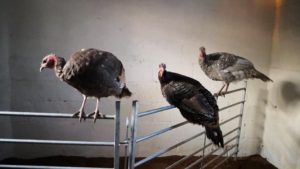 First there were three young turkeys at the sanctuary, Sparrow and Mayhem the females, and Leonard the male. All three were bred for someone's Christmas dinner, but instead are living out their days in the company of hens and other animals. They make the most adorable little clucking and chirping noises, constantly checking on whatever everyone else is up to. Turkeys are very sweet birds (although they do occasionally get cross with each other, but it soon blows over) and anyone who has met these birds has been captivated by them.

Leonard the male is constantly trying to impress the girls with a fabulous display of puffed up feathers and a head that can change colour, but Mayhem and Sparrow are hard to impress. Poor Leonard, but it doesn't stop him from trying.

Then the original three were joined by two young females, they bonded as a flock instantly, and now move as a small gang. New girls Bobby and Vivian are fancy and beautiful show turkeys, who were surplus to requirements and were given away just before Christmas. We were glad to get them before someone thought they could have them for their Christmas dinner. 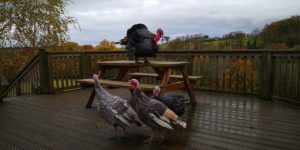 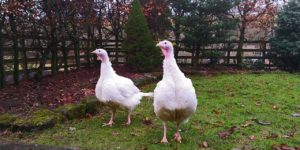 Turkeys are in the same family as peacocks, and come from America originally.