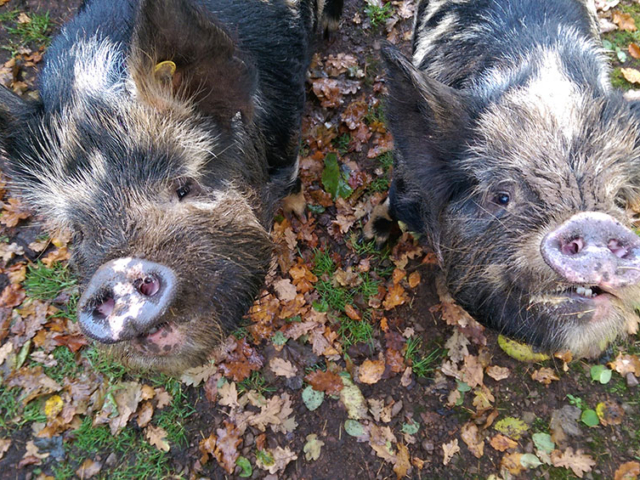 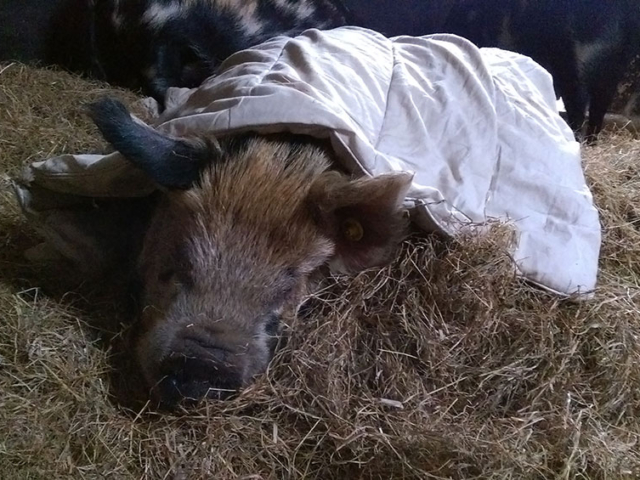 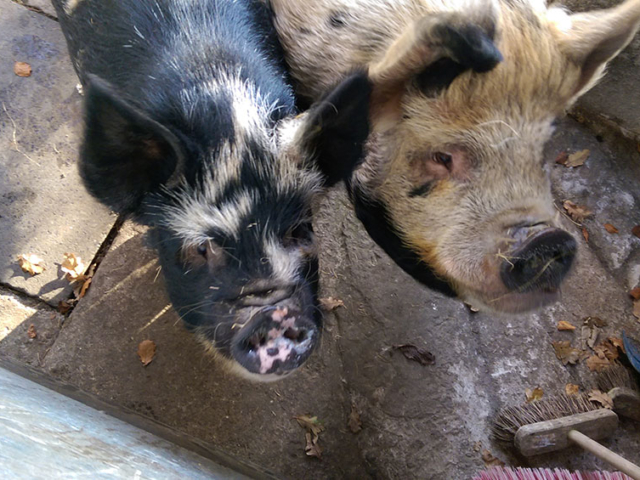 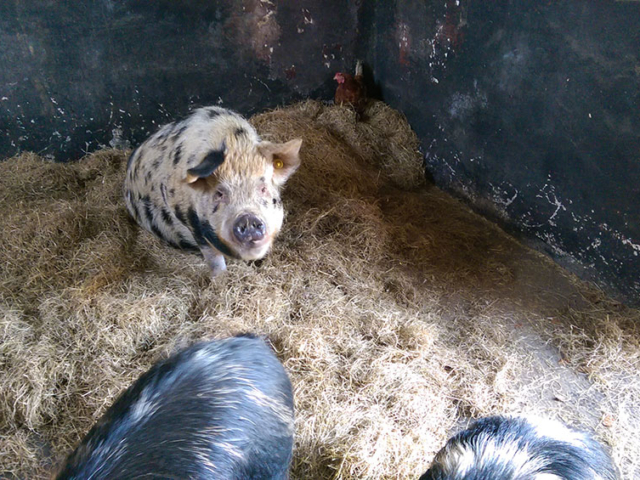 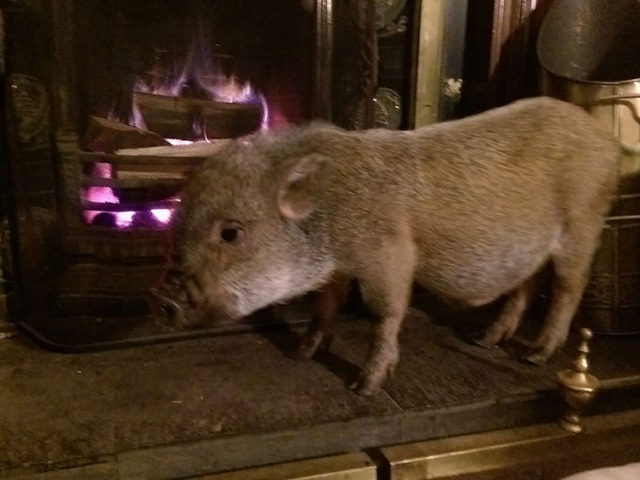 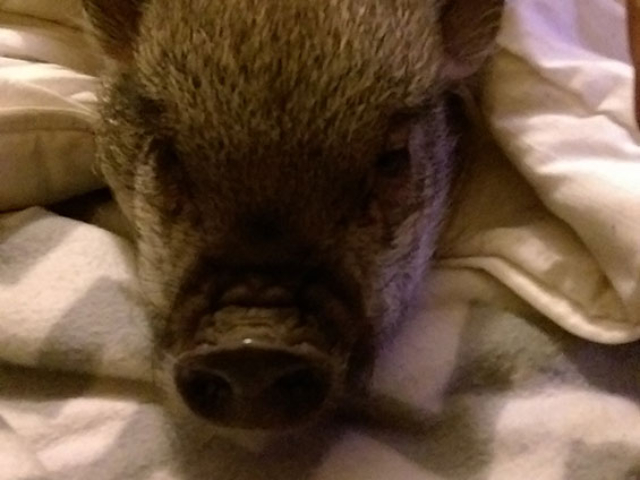 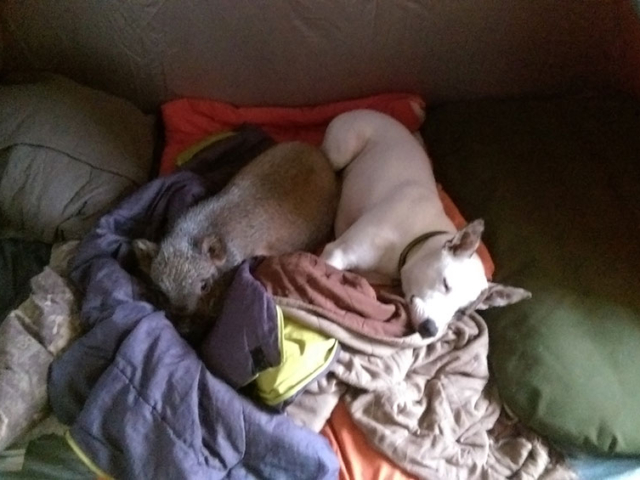 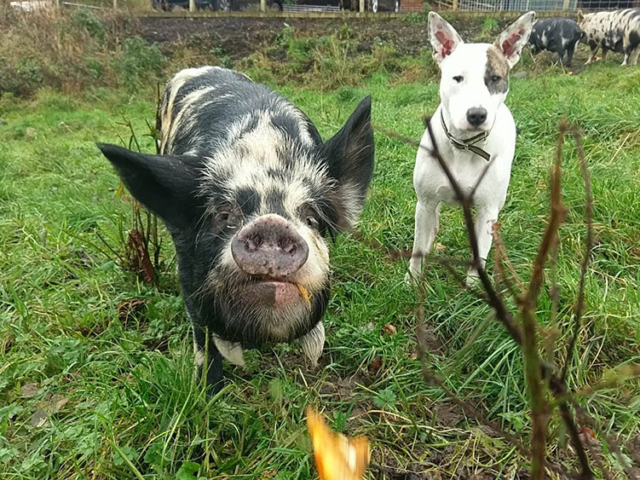 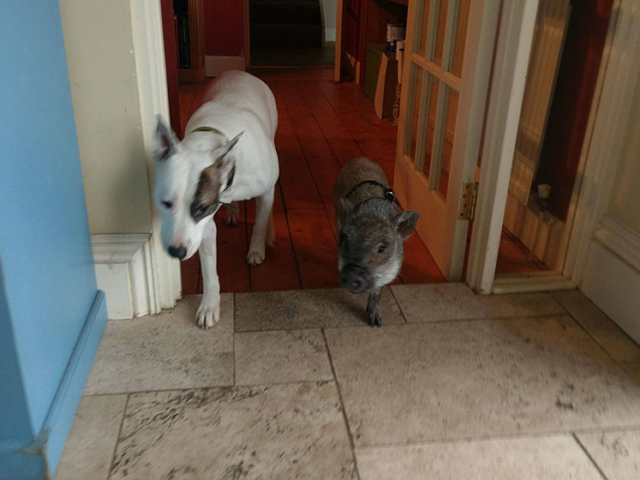 meet Junior, Cricket and Huxley, out three resident kune kune pigs, also affectionately known as Crash Bang and Wallop! Like all pigs they love to eat and sleep, and to root around for food in the ground. These also love belly rubs and will talk to anyone who has a snack for them, and have wonderful friendly natures.

Kune kune are a New Zealand breed originally, and are comparatively small pigs with plenty of coarse fur. Junior is a cross breed of a kune kune and a regular pig, and is quite a bit bigger then the other two.

We also have a small pig called Francisco who thinks he's a dog. He sleeps in the house with the other dogs, and during the day he goes roaming the sanctuary.  He was bought by his original owners as a so called micro pig, but he didn't stay small very long!

He also loves to eat and sleep and root around like the big pigs, but he still finds the big pigs intimidating and stays out of their way. 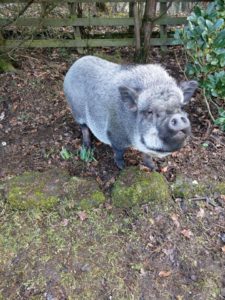 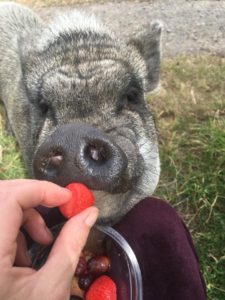 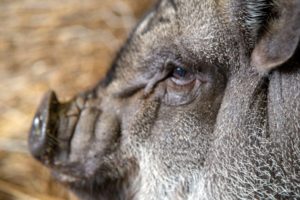 Max and Vera were also bought as pets, but their owners didn't want to keep them anymore. We think they are American Minipigs, and they are the smallest of our group. 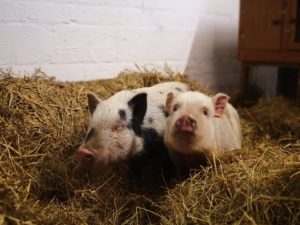 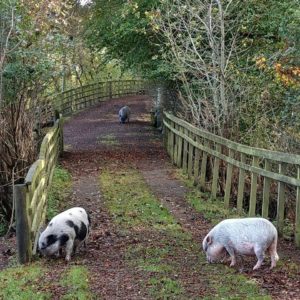